As you come to know me, you probably have come to know that I am pretty “low key”. I do not look for the limelight and prefer to “stay under the radar.” Well, as you might guess, sometimes, as the superintendent of one of the greatest districts in the state it is sometimes difficult to “stay under the radar.” As I grow as an administrator, I also have become increasingly more involved in state issues. Over the last couple of years, I have been watching the legislature very closely and have tried to be a resource for our local representatives. I have reached out to state senators personally, I have testified at hearings and I also have helped to lead the dialogue through various education associations that I am involved with.

I wanted to take a moment and share with you my thoughts about the current financial landscape of our state. As the state’s financial (tax) landscape continues to become more and more lopsided, it is becoming increasingly difficult for myself and other school superintendents to “stay low.”   I have been a superintendent since 2009. In the past 8 years, the landscape has changed dramatically. Jefferson County is a fairly typical example of this. Below is a table illustrating the changes that I refer to for Fairbury Public Schools:

As you can see, our property valuation has nearly doubled in the last 8 years. On the flip side, our State Aid has withered away to nothing. These two items are definitely “linked”. As a district’s valuation increases, this tells the state that it has the ability to fund itself and therefore must not need state aid. In the current times, this is a true statement. However, we all realize this also puts the burden of funding public education squarely on the shoulders of property owners.

In a conversation I had with an area farmer this past month, this frustration was apparent. As valuations continue to rise, we are also facing commodity prices that are declining. This is a “perfect storm” for area farmers. During last year’s legislative session, the rhetoric was pretty harsh, with schools being pitted in the middle. At times, districts were painted as being wasteful or unwilling to control costs. I believe the Governor was heard saying, “We have a spending problem…” and said, “…the average district’s spending increases over 6% per year.”

I can only speak for our district, but we do not fit that stereotype… Our adopted budget for last year, for the 2015-16-budget year, it was for an anticipated increase of 4.1%. But when you look at the final general fund spending numbers for this past year (2015-16 Budget year) you see the actual spending increased only 1.8%. Typically, that has been my experience, actual spending increases usually go up between 2-4% each year, not 6% as the governor stated.

When we consider the budget that was adopted at the September 12, 2016 board meeting for the current 2016-17 Budget Year, you will note that the budget is projected to increase 4.8% in General Fund spending and a 1.9% increase in General Fund revenue. Just like last year, we anticipate the actual numbers to be lower than the adopted numbers.

Speaking from a local perspective and knowing several districts across the state, I do not believe school spending is the lone issue affecting our current state tax system situation. I believe the true struggle is to find balance for our state’s tax receipts. Nebraska’s tax system (to fund public services) is based on a “three-legged stool.”   Sales Tax. Income Tax. Property Tax. Upon its inception, these “legs” were relatively balanced and provided the resources needed to fund our state’s needs. What we have seen in the last 8 years is that the “Property Tax leg” of this system is becoming longer and longer, until now, we are balancing our resources primarily on this leg. We cannot achieve a tax balance by focusing on spending alone. As a legislature, they have to figure out a way to bring more balance to our tax system.

As the new legislative session begins in January, I expect that property taxes will be high on everyone’s list of things to change. I, too, hope we can have meaningful change that balances out the “three legged stool.” I was at a meeting last month in York where Senator Kolterman stated that he believes change was going to happen this next session. He believes that enough senators want to “get something” done. Perhaps this will be the year…I just hope we achieve balance and take the burden off of our property owners. 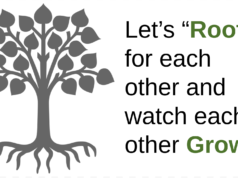 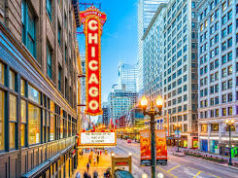 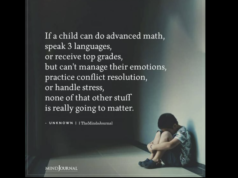