The annual Spring Concert included performances from the various instrumental and vocal groups of FHS in the Burkley Fine Arts Center on Tuesday, May 7.

The Spring Concert took time to recognize and honor the seniors partaking in their last performance before graduation. Contrary to previous years, the music department also said farewell to its band director. Maureen Halama, known by many for several years as Ms. Beck, will be departing from Fairbury next school year after taking a position in her hometown of Wilber.

“Knowing this was my last concert in Fairbury was very bittersweet,” Mrs. Halama said. “I have enjoyed so many things about being the band director at FHS. I have been richly blessed with the opportunity to teach great kids in a super district with wonderful colleagues and supporters. I have loved every minute of my time here and am so sad to leave but excited for a new adventure at Wilber-Clatonia Public Schools.”

Also affected were band students of all classes. Mrs. Halama’s action in the community and her personality are two aspects of the director that many individuals appreciate.

“I really enjoyed performing with [Mrs. Halama] and I’m really gonna miss her,” Makenzie Mills ’23 said. “It was really hard not to cry knowing that she’s leaving us. We tried our very best to make sure her last concert went well.”

Also saying farewell to FHS were the various seniors involved in music. Many have contributed their talents since first starting in sixth grade or junior high. This commitment made it difficult for directors and underclassmen to part with them.

“Each year gets harder to see great seniors graduate, but this year was especially difficult because they were my first group of sixth grade band students,” Mrs. Halama said. “They’ve all done great things to build up the band program and I’m so proud of all of them! They will be greatly missed by me and the rest of the band.”

Mrs. Halama oversaw the Ukulele Club, junior high and high school bands and jazz band performances. Other acts included junior high choirs, Crimson Elite, and the high school choir. Certain pieces have been in the works since before the District Music Contest back in April and have had extra time to perfect.

“We have been preparing by singing through all our pieces and going back to parts where we need to work on,” High School Choir Member Brittyn Wentz ’21 said. “I think it went very well. My favorite part of the night was being able to sing with all the seniors in their last concert one last time.”

Vocal Director Joseph Fitzgerald oversaw the various choirs. For each group, he selected one “Most Improved” member and one “Most Outstanding” member from each grade. Wentz received the latter for the sophomore class.

“It felt great!” Wentz said. “I was honestly not expecting it at all so it was a bit of a surprise to me.”

The Spring Concert was the last of its kind for the 2018-19 school year. The high school band and choir will each be performing pieces at the graduation on Sunday, May 12. 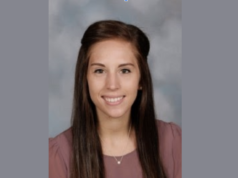 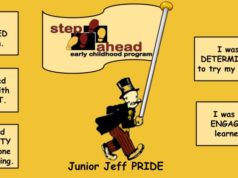