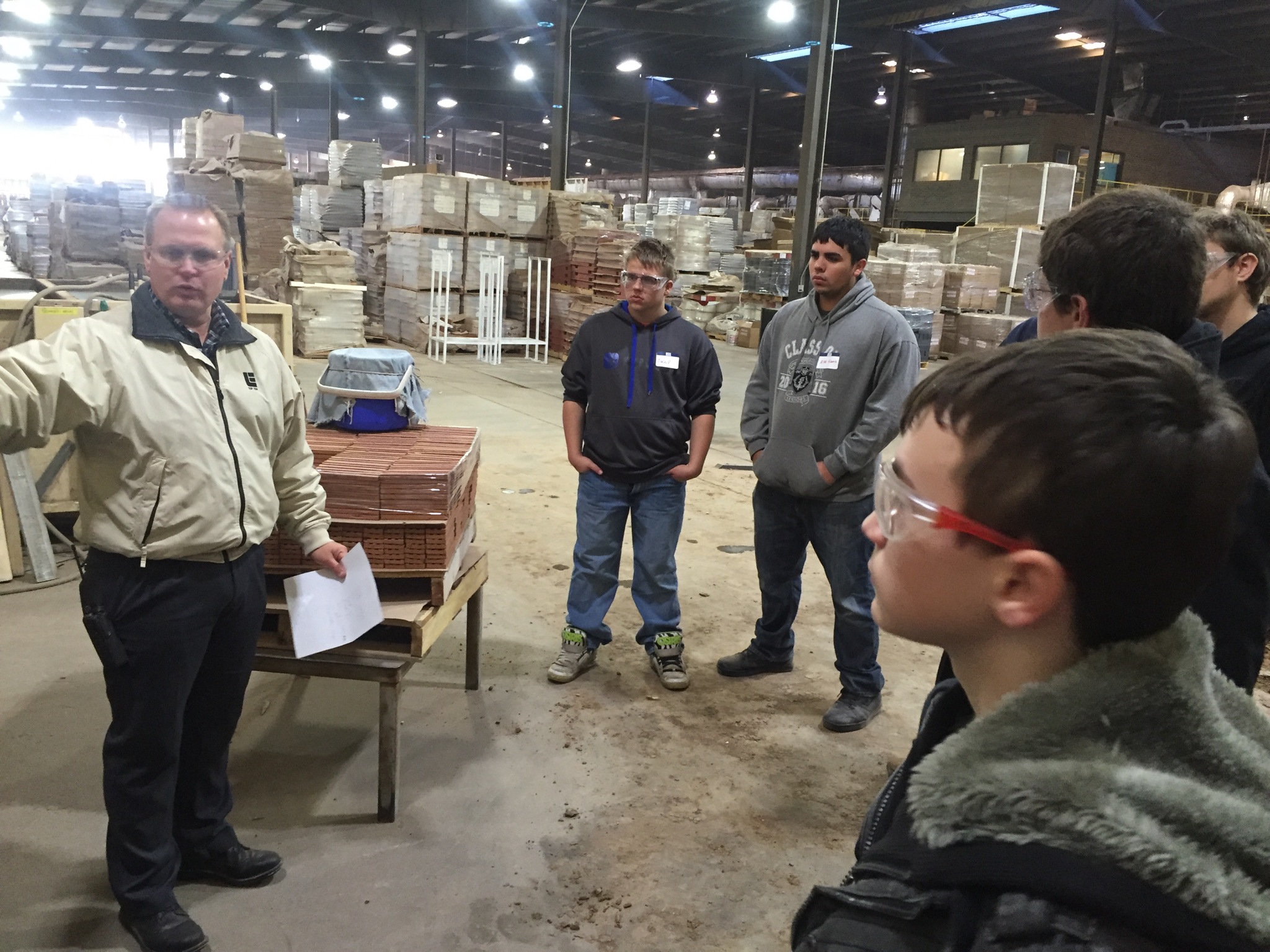 Roughly 30 students visited Endicott Clay in Endicott on Friday Nov. 13th.  The focus of the day was to expose students to the many types of jobs available at Endicott Clay Products.  Students broke up into groups and toured the facility.  They saw the Computer Aided Drafting Department, toured the plant and saw the old oven where bricks were fired.  They also got to see the heavy equipment that is used at the factory.  This was a great educational opportunity for the students at FHS. 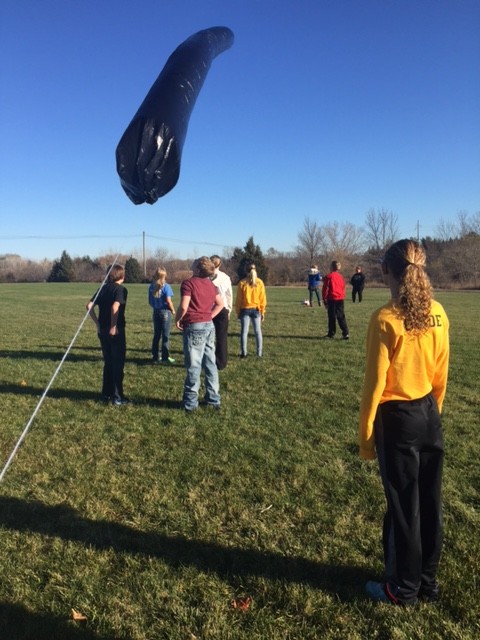 Mrs. E. Winter’s 7th grade science students have been learning about the types of heat energy transfer. To see what we’re learning about in action, we did demonstrations of both conduction and convection. Radiation is energy transferred through waves; this is how the sun heats things. To learn more about radiation, students built solar ovens to harness the heat from the sun to cook a hotdog. We also got out our solar bag; the sun heats the bag through radiation. When the air inside the bag gains heat, it becomes less dense, allowing the bag to float. It was a great opportunity to take learning outside in the nice fall weather! 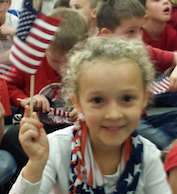 On November 11th the school day started out a bit different than normal. Students and staff gathered outside around the flag and watched as the VFW Color Guard presented and raised the flag. High school students Ryan Umland and Garret Ragland played “Call to Colors.”  After the flag was raised, the students joined together in saying the Pledge of Allegiance.

Students and guests then gathered in the gym for a special program. Mrs. Mans welcomed the guests and thanked them for their service. Mrs. Beachler gave a brief history of Veteran’s Day and what it means to be a veteran. Lee Greenwood’s, “God Bless the USA” video was played.

Mrs. Mans read a video to the students entitled “Veteran’s Day Honors,” followed by asking the guests to introduce themselves, tell what branch they served under, and tell how many years they served.

The student body concluded the program by singing “Grand Ole Flag” as they waved their own little flags.

The program received many compliments. A special thank you to the Veterans who have served and are currently serving, and a thank you to the Central Committee for putting on a wonderful program to honor them.

Check out our pictures of the Veteran’s Day Program 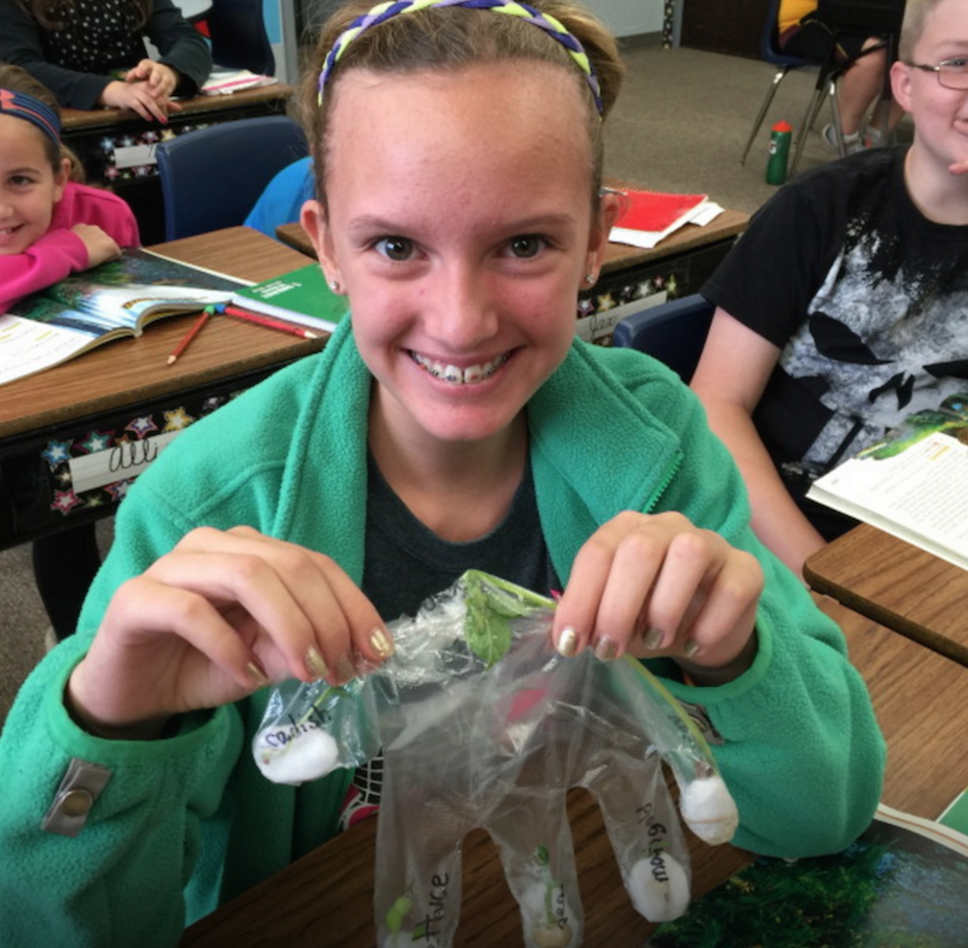 Fifth grade science students studied the life cycle of plants and learned all about their anatomy and how they reproduce.  Students then were able to plant various seeds in a glove and view the germination process.  Our seedlings are off to a great start!  Hopefully many students will grow green thumbs and take them home to plant so that the growing process continues.

The PE classes observed October as Fire Awareness Month by participating in games that reinforce basic safety rules in an emergency situation. We played “911” which included discussing that 911 was the number to call ONLY in an emergency situation. Emergency situations were reviewed and discussed as being a fire, someone not breathing, unconsciousness, someone breaking into your house, and a car wreck. I encouraged the students to talk to the grown-ups about putting their name, address, and phone number by the phone in case 911 ever needed to be called.

Every student put cones randomly on the asphalt outside and then they were given “red emergency 911 cards” that were to be put under each cone. Groups were formed and the first person in each group ran and turned over a cone. If there was a red card under the cone the student yelled “911” and quickly returned to their group and the next player turned over a cone. If there was no “911 emergency card” they said nothing and went back to their group.

Fire Safety Skills Tag was a review of what to do if you are ever in a fire situation. Prior to the game we discussed having a family plan on how to get out of the house and designate a specific meeting place. Members of the Fire Safety Cabinet team talked about getting out of the burning building BEFORE calling 911, and what to do if you awaken and see or smell smoke coming under the door. Smoke rises so we want to crawl and get low to the ground and not open doors if the handles are hot. They recognized the fact that smoke rises and that is why we stay low. If someone catches on fire we STOP, DROP, ROLL! We reviewed that oxygen is what keeps fire burning so by STOP, DROP, and ROLLING we can slow down the fire whereas running will only make the fire bigger.

During Red Ribbon Week, Oct. 26-30, we discussed the importance of taking care of our body through healthy eating, exercise, and living drug free. We played “Live Drug Free” a game that reinforces these concepts.  Once tagged students run in place getting their heart rate from resting to rapid which increases the flow of blood taking oxygen to all parts of their body which makes them happier, increases learning, and makes their body stronger. Two teammates get on each side of the student, hold hands and say “live drug free”, “get off the couch”, or “eat healthy foods”. 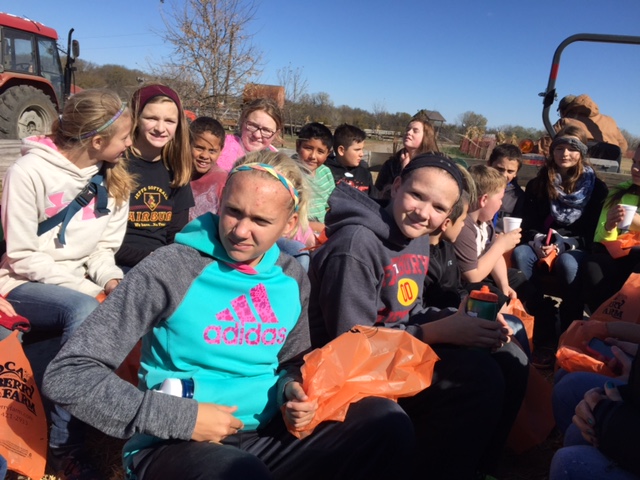 Energizer’s peer mentoring buddy program is off to a great start this school year! Energizers club prioritizes promoting a drug-free life, community involvement and peer mentoring. As part of efforts towards our organization’s mission, junior high and high school students peer mentor 22 of our local elementary students. Recently the buddies went on a trip to Roca pumpkin farm. We spent the day building relationships while enjoying a beautiful fall day; everyone had a great time. The secondary students did fundraising activities to sponsor the day. We are changing the world, one student at a time! 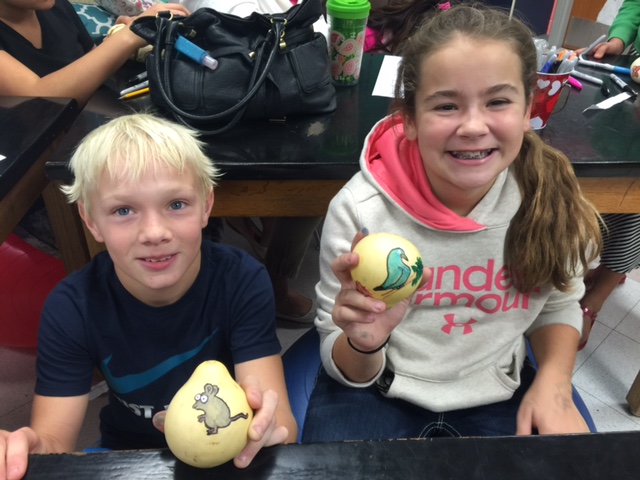 Mrs. E. Winter’s 7th grade science class is learning about Populations and Ecosystems! To practice food chains and food webs in an ecosystem, students decorated pumpkins. Students drew assignments for a role: producer, primary consumer, secondary consumer or tertiary consumer and drew an example of that role on their pumpkin. We had beautifully drawn sharks, snails, mice, snakes….. and some not as beautifully decorated too! Once the pumpkins were done, we used arrows to demonstrate how food webs and food chains are constructed. A HUGE thanks to Sue and Norval Stewart for the donation of the pumpkins; we appreciate their commitment to helping provide engaging lessons for our local students!

Students and staff celebrated Red Ribbon Week on October 26-30. Red Ribbon Week is an alcohol, tobacco and other drug and violence prevention awareness campaign observed annually in October in the United States.

“I‛ve got better things to do than drugs!”

“A future without drugs is the best me!” 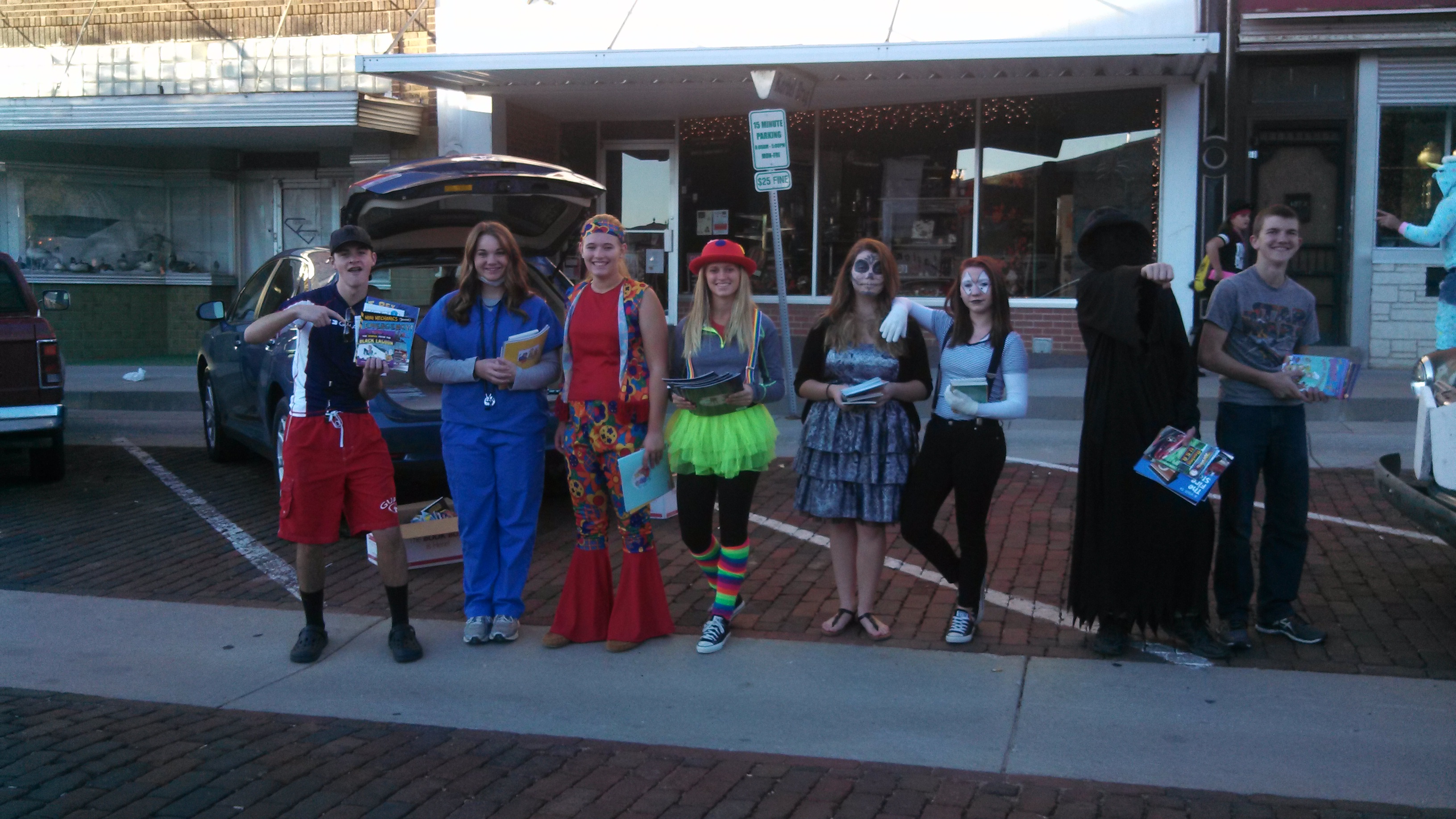 Fairbury FCCLA (Family, Career, and Community Leaders of America) participated in the Trunk or Treat event around the square in Fairbury on Halloween.  Eight members handed out over 300 books to youngsters during the event.  This marks the seventh year that FCCLA has promoted reading by giving each child an age appropriate book. Members pay for the books through fundraising efforts during the school year. Children and parents alike enjoy getting something that lasts longer and is more beneficial than candy! 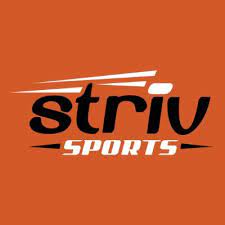